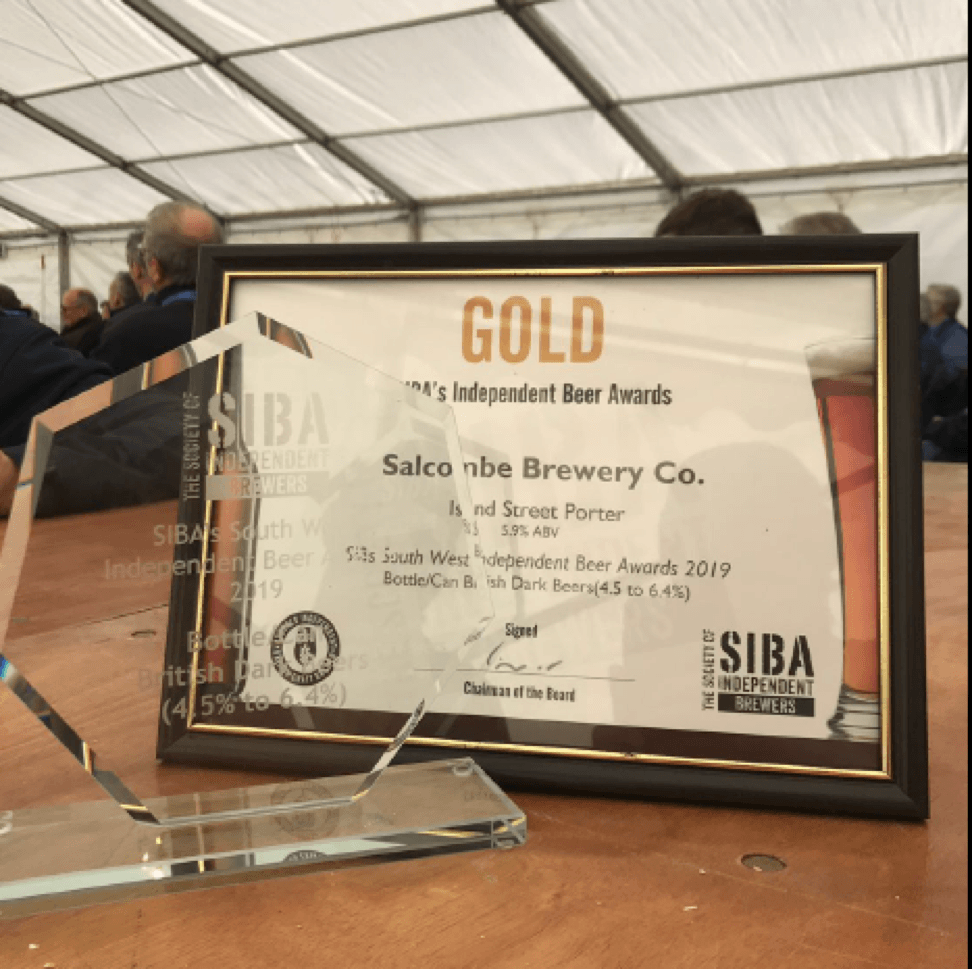 We had a very special time at SIBA’s Tuckers Maltings Festival this year (11 to 13 April) coming home with TWO awards under our belts. Taking place at the historic brewer’s site, Tuckers Maltings is a key event in any South West brewery’s calendar. With over 200 real ales ready to drink, we joined some other fantastic local breweries to show the public what the South West has to offer.

Before opening to the public, all beers are judged. And we are thrilled to say that Island Street Porter won a Gold award in the Bottle British Dark Beer (4.5-6.4% ABV) category! Following this success, Salcombe Pale Ale then picked up the Silver award in the Cask Premium PA (4.4-5.4% ABV) category. These being our two most recent beers to be produced by our three fantastic brewers just goes to show what an exciting direction the brewhouse is taking.