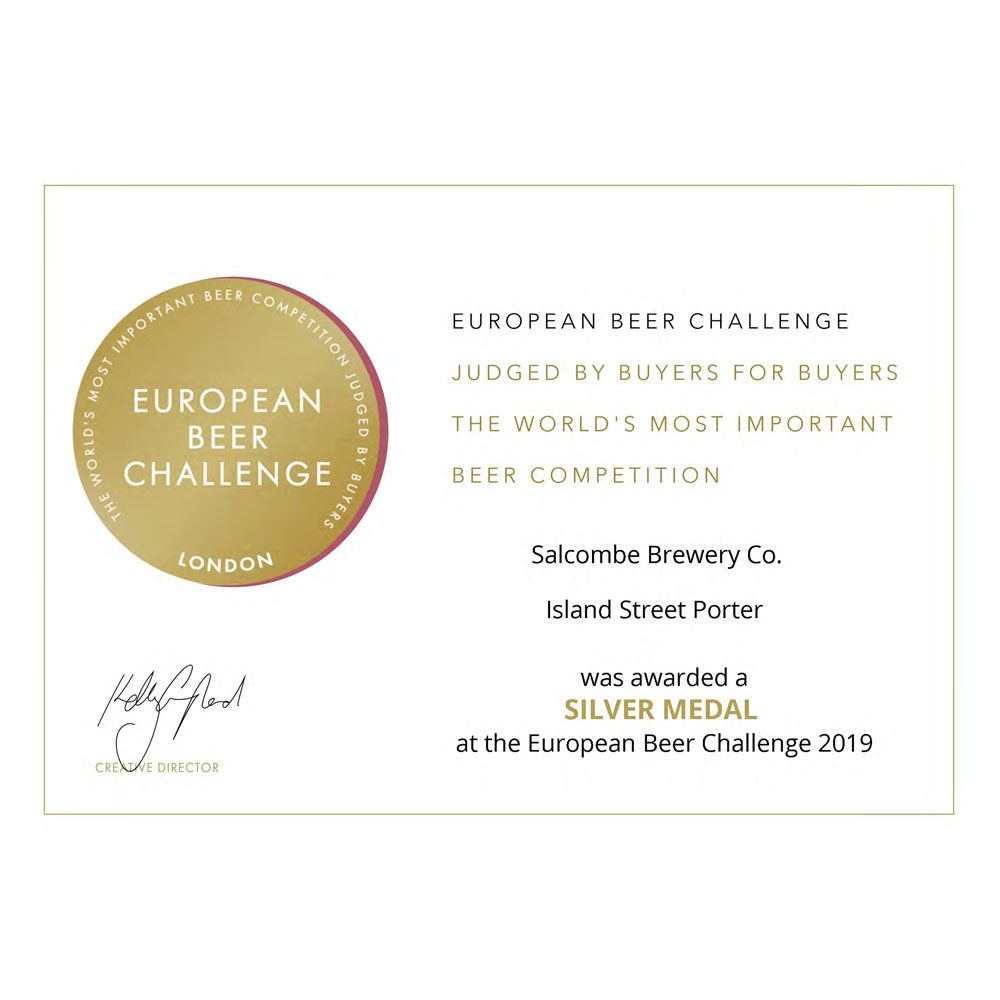 Another award for Island Street Porter! This time, we’ve gone further afield and Island Street Porter has won Silver at the European Beer Challenge which took place on 7th November at The Royal Yacht Club in London. The European Beer Challenge is judged by leading beer buyers which include buying decision makers at Importers, Distributors and Wholesalers, Restaurant and bar group buyers and key purchasing decision makers at major retailers.

We’re thrilled with the continued success of this rich, velvety porter, following awards from SIBA, Food Drink Devon, Taste of the West and being crowned Champion Beer of the South West.

It’s the perfect time of year to tuck into a pint of this robust porter, get yours delivered right to your door here!