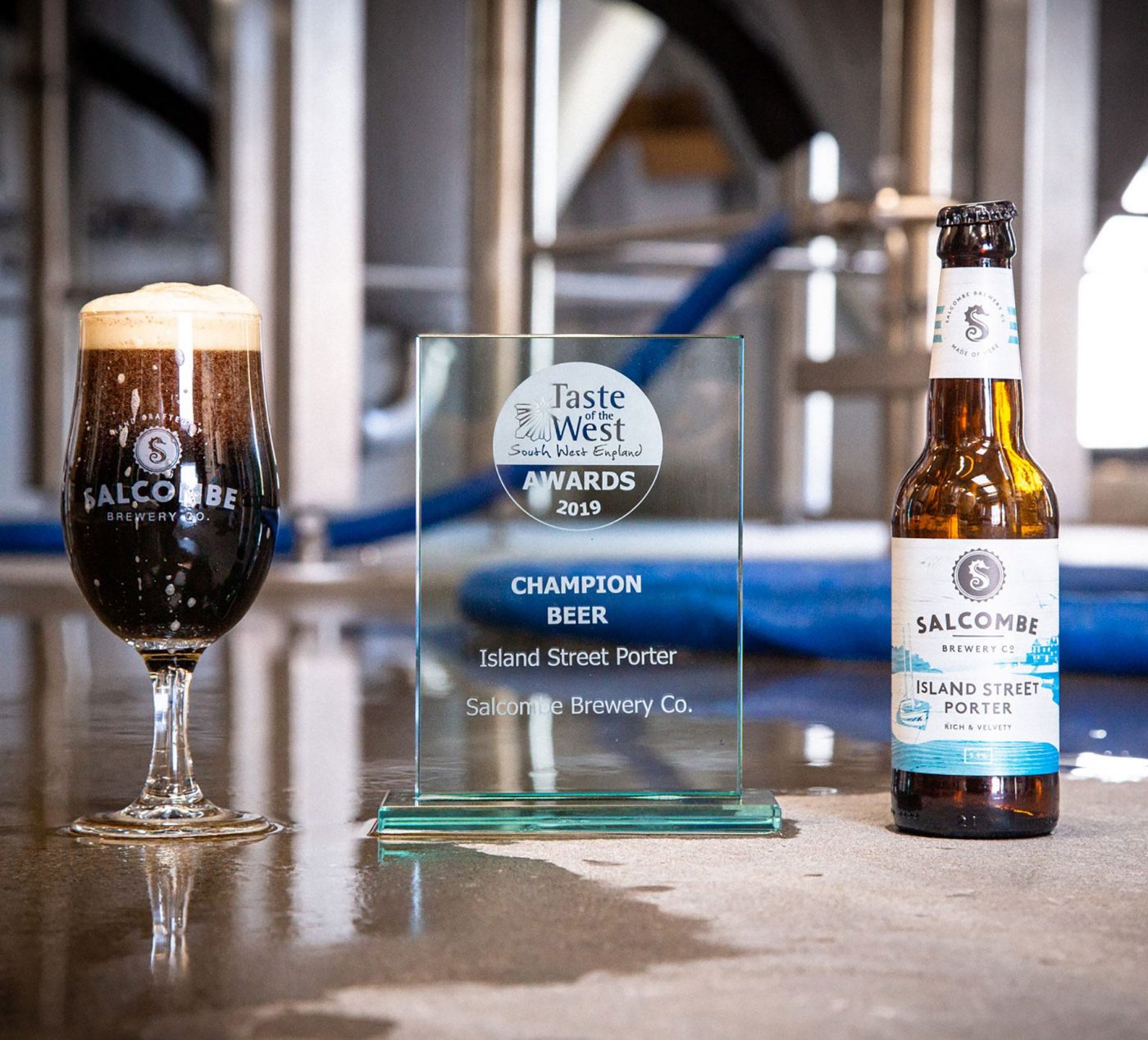 We won! Island Street Porter won the Champion Beer Award at the Taste of the West Finalist Awards, yesterday at Exeter University. Up against some stiff competition from Butcombe and Palmers breweries, our porter won the top award as the best beer in the South West. This dark and velvety porter has been a hit since being released late last year, also winning a SIBA Gold award this Spring and a Gold Award from Taste of the West. Following this Gold Award, Island Street Porter went through various stages to finally become the Champion Beer of the whole region. We’re thrilled it’s a winner and as we come into Autumn / Winter, what could be better than chilling by the fire with a pint of this award winning porter.