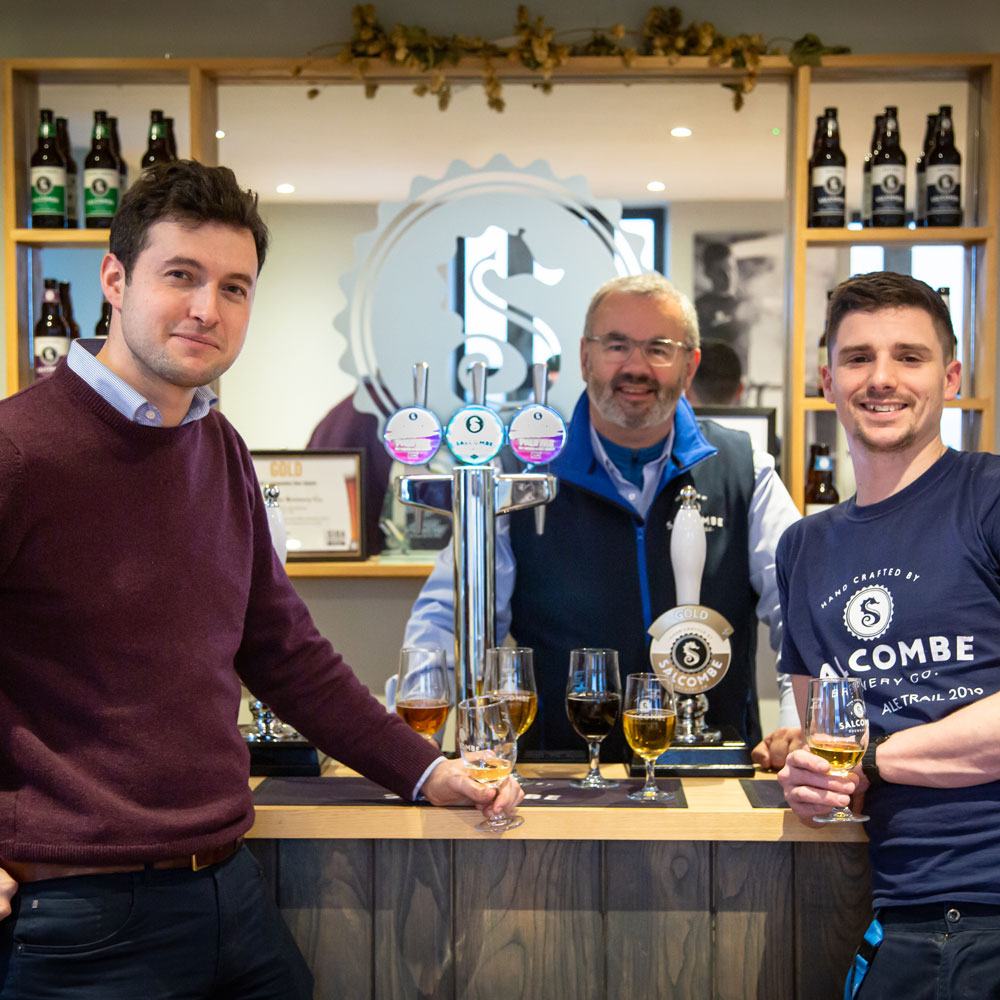 Last month, we welcomed our local MP Anthony Mangnall to the brewery for a tour of the brewhouse and to sample our beers in the taproom. This followed the parliamentary reception – The Celebration of Beers UK – at the House of Commons the week before where MPs and those in the industry were drinking the best of British beers, including a range of Salcombe beers. More than 50 MPs, headed by Mike Wood MP, Chair of the All Party Parliamentary Beer Group, debated beer tax for breweries and pubs and saw MPs speak in favour of a fairer tax on beer to support British brewing and local pubs. In addition, 255,000 people have signed the Long Live the Local petition asking the Chancellor to cut beer duty. Therefore with beer tax a hot topic in Parliament right now, we were thrilled to see the support from our local MP and thoroughly enjoyed having Anthony visit us.