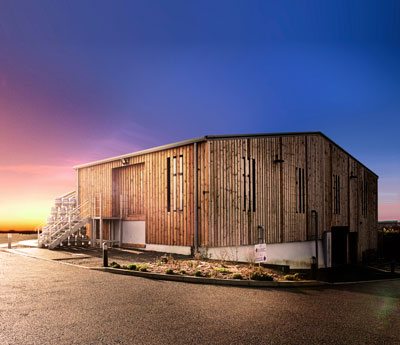 The year 2018 will be remembered for the long summer heatwave, England’s incredible performance at the World Cup… and the launch of two fantastic beers from Salcombe Brewery!

Released in March 2018, Salcombe Pale Ale is a classic pale ale (ABV: 4.6%) with a twist that has its heritage embedded in the Salcombe citrus fruit trade. This dry hopped pale ale boasts a robust structure & complex flavour, using ingredients that could have been found in Salcombe in the 19thcentury. Our brewers produced a full bodied pale ale with a bouquet of orange, pink grapefruit and anise. Pale Ale also represented our first keg product to add to the Salcombe bar. We had fun designing the new keg badge and bottle, signalling a more crafty and creative direction taken by the brewery for this range.

Later in the year, we launched Island Street Porter. Inspired by Salcombe’s Island Street’s boat builders, this is a hand crafted, rich, velvety porter. A blend of eight malts produce hints of dark chocolate, coffee and black cherry which combined with British hops, creates an aroma reminiscent of Black Forest gateaux. Head Brewer, Sam Beaman comments “We decided to brew Island Street Porter to contrast with our hop driven beers, which are on the the light gold to amber spectrum. These are great session beers but we wanted to produce something a little bit different. Creating a porter offered the opportunity to branch away from our core range in terms of colour, style and strength.” Indeed Island Street Porter at 5.9% ABV is our strongest and darkest beer in the Salcombe Brewery Co. range.

What else have we been up to?

Whilst our brewers have been busy producing two fantastic new beers, the rest of the Salcombe team have been active throughout the region supporting and participating at local events such as the Dart 10K, Bantham Swoosh, Crabfest, Kingsbridge Music Festival, beer festivals, sailing events at Salcombe & Dartmouth, sponsoring the Mens Day Out in Plymouth & many more.

Finally, we’re thrilled that our beers are getting the recognition they deserve. This year Devon Amber received the Silver Award from Taste of the West with Salcombe Pale Ale and Seahorse gaining the Highly Commended awards. Looking to 2019, we’re looking to build on this initial success and continue growing. Thank you to everyone who has supported us this year and we hope to see you all at the brewery soon!